What’s the difference between a jet engine and a pilot? That’s simple. At the end of the flight the jet engine stops whining.  Airline or GA, there seems to be no shortage of “whineable” issues. 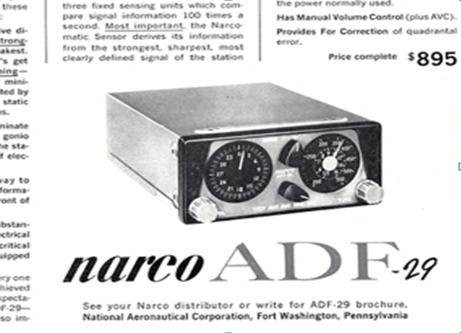 Take, for example, ADS-B and the 2020 Mandate. The cost seems to be the biggest objection in the world of aircraft owners. Perhaps, we could put things in perspective by going back in time. In 1960, if you wanted to upgrade your old narco Super Homer ADF, and install a narco ADF-29, it would cost $895 + installation. That same ADF would cost you $7,100 in 2015 dollars.

You feel better now, don’t you?